You know you're in love when you don't want to fall asleep because reality is finally better than your dreams. ~Dr. Seuss

Twenty-five years ago today, I walked down the aisle and into the arms of my precious husband. I love that man so much it leaves me in awe. He is the man of my dreams.
My life has been a lovely mix of unexpectedness but evenness, of adventure but security.
When I was young, I thought people who were married long enough to have metals associated with their anniversary years must be soooo... old. I don't feel old, even though we've reached the magical milestone of our Silver Anniversary. I can barely remember a time before Jim. I met him in high school when we were about 16 years old and we've been a couple since we were 17. I've spent a total of 28 years (including dating) looking with love into his eyes, while he lovingly looked back into mine.
Thank You, God. I do not deserve this man, but I'm so glad I have him.
I love you, Jim. Happy 25th Anniversary. 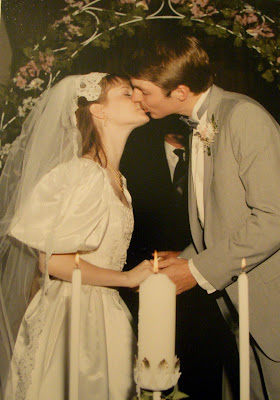 The chickens and quail are getting big now. I don't think I've mentioned yet exactly how many and what kind of birds we have... There are four golden Wyandottes, six Aricaunas, one Barred Rock (Happy Father's Day gift) and nineteen quail. That's a lot of poultry! Between the rain showers and in spare moments away from work, Jim and James have been building them the world's cutest 8x10' chicken coop. For those of you who've been here, do you remember that ugly shed in the back side yard? James tore it down and the coop is going where the shed used to be. This is what it will look like when it's finished, except imagine it has windows and is painted red with white trim: 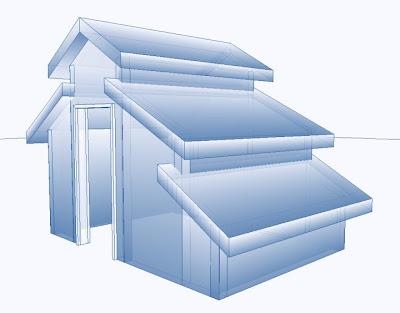 Here's the progress so far, starting with Jim and James putting up the long walls. 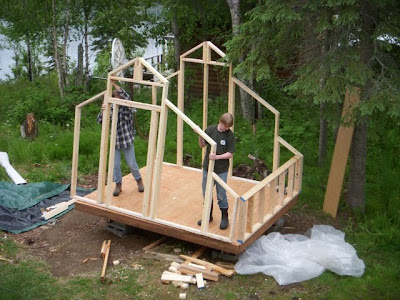 The ridgepole is being set: 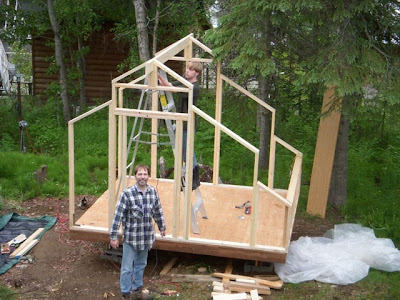 And the roof has been started: 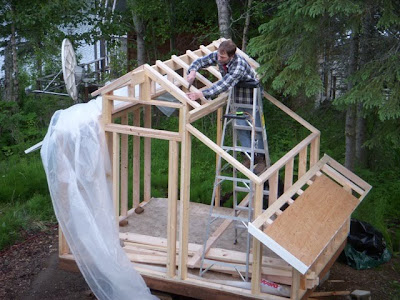 Alas, the end of the weekend and more rain have meant the construction had to stop here for now: 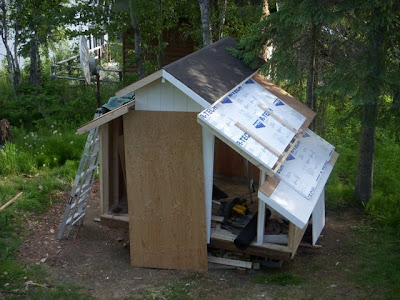 Meanwhile, some of the older hens got a chance to go for a little field trip in a puppy crate, so that they could explore the grass and maybe eat some bugs. The white and the ginger ones are Aricaunas, and the spotty one is a Wyandotte. 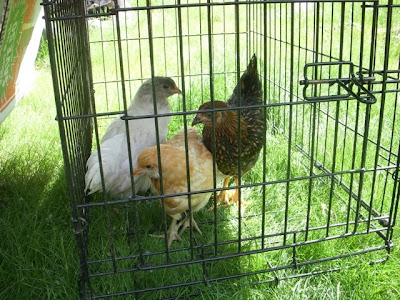 Last night's surprise event was Jim's discovery of his first quail egg! We thought it would be another week before he would get any eggs, but evidently he's got some precocious ones in the flock. I love this egg, because it's smiling.   :D  And no, we haven't eaten it. Yet. 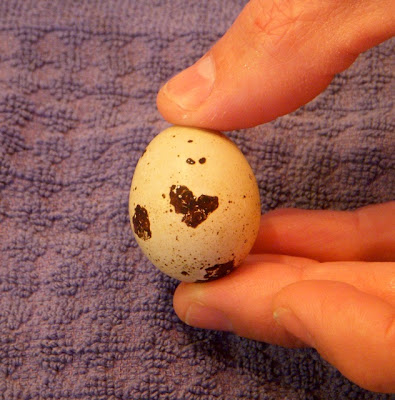 In other news, when it's pretty, I can take Little Sweetie out for a spin. 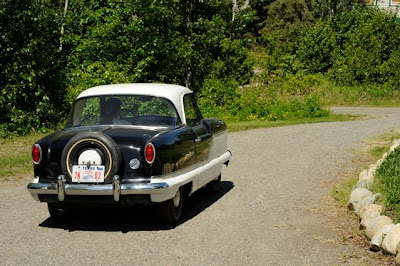 I went to a sourdough bread making class with the Back To Basics group, and one of the women shared her 50+ year old sourdough starter. I'm thinking I'll dry what I have left of the starter and reconstitute it as needed, because we just don't eat enough bread to need the starter around all the time. I've made sourdough pancakes, loaf bread, rolls, and soft pretzels. 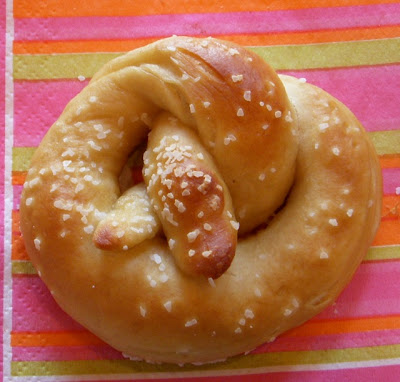 James found work at Jersey Subs in Soldotna and this is his second day working there. So far he's got full-time hours and we hope that will keep up.
Gotta go now. I've got sewing to turn in tomorrow when I go to the workshop for my weekly lesson / work session. The cobbler's elves aren't going to show up and do it for me so I'd better get off the computer and go be productive. See you later!
Posted by Deanna at 3:28 PM No comments: