Tate O'Connor
March, 1997 - February 2, 2011
I'd like to sit here and write a tribute to our dog, Tate, who passed away yesterday. But I find I don't know where to start... How do I condense fourteen years of experiences into a few paragraphs? So I suppose I'll just ramble a bit...
She came into our home from a shelter, one of seven boxer/hound siblings. We don't know exactly how many weeks old she was, because the shelter and the vet disagreed on her age. So, we observed her birthday somewhere around the middle of March. 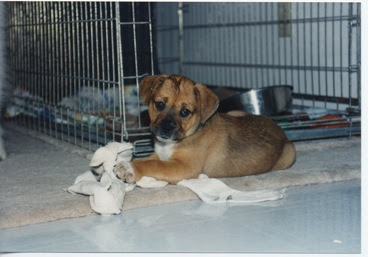 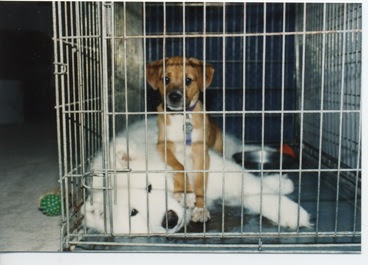 The photo above is Tate with her adopted brother Michael, in the crate she used for most of her life. She loved her crate, and spent most of her time in there as she got older, snoozing. Even when we passed that particular crate down to Moya, Tate still got into it whenever she had the chance. Gosh, she looks so little there.
Tate might technically have been my dog, but she took particular interest in James. They were puppies together, after all. James was just six years old when we got Tate. During the time when James was involved in Boy Scouts, and went camping often, Tate would refuse to eat until James got home. She'd go two or three days without eating a single bite. Eventually we realized that if James explained to her that he would be gone a certain number of days but he'd be back, she'd be fine while he was gone and wouldn't hunger strike. 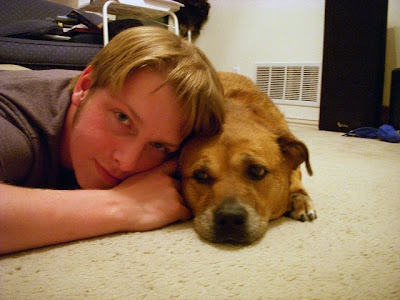 She was good about letting us dress her up, too. Not that we did it often, but she'd let us. She's wearing the decorations from a luau party here, and we imagine she's singing "Tiny Bubbles" and pretending she's on stage with Don Ho. 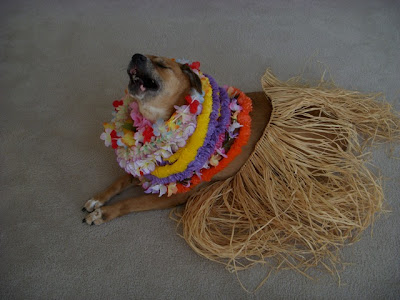 We moved to Alaska when Tate was twelve years old. Boxers average out at about 10 years old, so even though she's a mixed breed, I didn't really think she'd survive the move. But she not only survived, she came through with flying colors, crossing America top to bottom, the Canada-USA border twice, and settling into Alaskan living as if it was no big deal. Here she is at a hotel along the way, obviously happy with her "globetrotting." 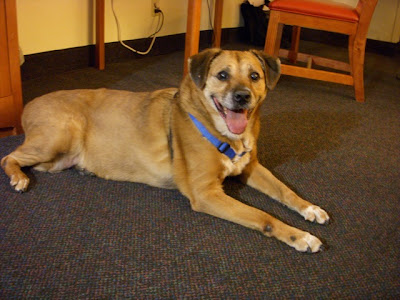 Shortly after moving here, though, Tate began to show her age, and we brought home two new sisters for her to interact with and give her something new to occupy her days, rather than just lay around and sleep. That plan didn't work out quite like we'd hoped. The new sisters each formed their own largely separate existences, and Tate went back to sleeping her days away. 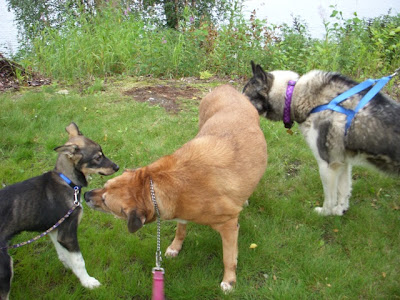 Moya became a thorn in Tate's side, the older the two became. But it wasn't all bad. 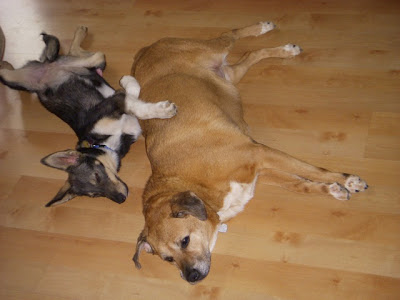 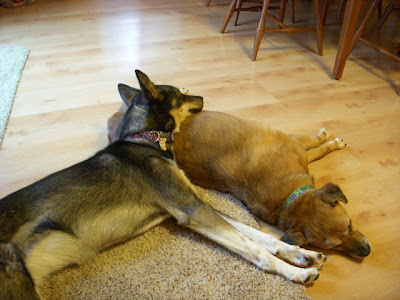 I love this picture. A photo bomb from Tate on the way to the kennel in Sterling, the first time James flew to Pennsylvania for college. 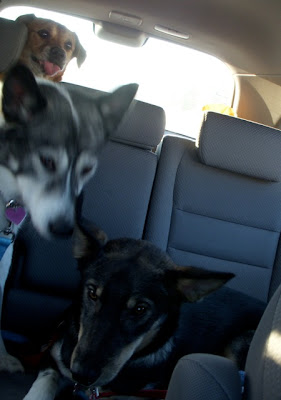 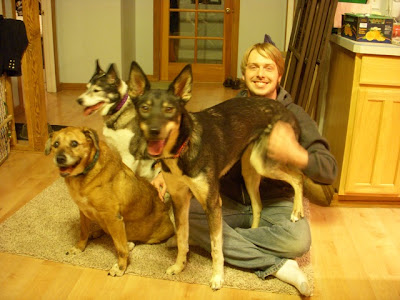 Tate usually didn't mind the snow, but I adore the put-upon look she's giving me on this particular snowy day. 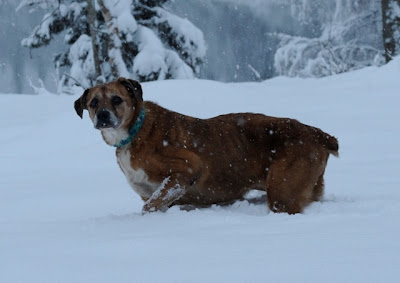 Many a time, as Tate grew older, weaker, and less healthy, we debated if this was Her Time. But our decision was that as long as she seemed happy, we'd let her continue, but if her health deteriorated too far, there would be no heroic measures. Her demeanor was usually one of contentedness if not happiness, and some days she seemed to have no clue about anything, just a generally senile outlook of being happy no matter what. Health issues restricted her to the downstairs nearly all the time, as the incontinence got worse and her hips got weaker and falls on the stairs increased.
But still she smiled and was glad for the times she got to come upstairs and be part of the pack, or sleep in her beloved old crate instead of her new one.
Then, yesterday, we knew things had changed. She'd been off her food for a couple days, which was highly unusual in itself. She was reluctant to stand, reluctant to walk when she did stand, and even laid down in the snow rather than walk into the yard to potty. She couldn't control herself and made some messes. She looked a bit scared and distressed. Not the happy-go-lucky she normally was.
It was time.
James called and talked to her on the phone and said his goodbye to her. She managed a last meal of favorite foods that had been off limits due to her sensitive stomach - marshmallows, leftover steak, and the oh-so-coveted rawhide treat. Jim carried her upstairs and she spent her last afternoon amongst the family, laying by her water bowl.
She died in my arms, with Jim at our side, before she had a chance to realize there was anything unusual about this trip to the vet. We petted her and told her she was a good dog. We buried her on the bluff overlooking the lake, wrapped in a blanket Jim's grandmother made, with her face to the rising sun and the view over the water.
She was steadfast, loyal, and even-keeled, and she was a good dog for sure. The house is emptier without her. We loved her.
And she is missed. 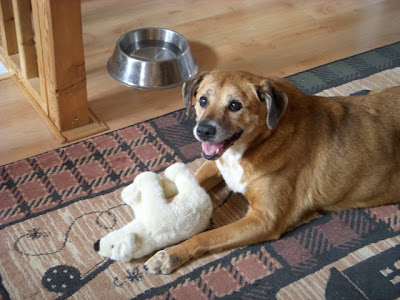